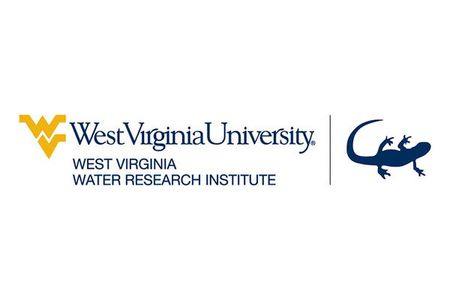 he director of WVU’s Water Research Institute expects its rare earth element production pilot plant at Mount Storm to start producing product this s u m m e r. And state legislation passed in March contributed to that effort and could pave the way for a fuller scale operation. Rare earth elements, according to the U.S. Geological Survey, are 17 metallic elements “necessary components of more than 200 products across a wide range of applications, especially high-tech consumer products, such as cellular telephones, computer hard drives, electric and hybrid vehicles, and flat-screen monitors and televisions. Significant defense applications include electronic displays, guidance systems, lasers, and radar and sonar s y s t e m s. ” About 97% of the world REE production is from China, USGS says. The Water Research Institute has spent several years exploring how they can be extracted from acid mine drainage. Institute Director Paul Ziemkiewicz explained that AMD is typically treated by collecting the water and treating it with limestone or some other base to separate out the metals. The sludge is collected and the water is discharged. The rare earth extraction process adds a second step. The first step is the same — the pH is raised to precipitate out junk metals. The second step raises the pH again and separates the rare earths. Those minerals can be hauled to a central concentrator and processed like an ore. “All kind of good things happen from that point.” HB 4003, passed in March, allows the state or private entities — mine companies or watershed groups, for instance — to sell rare earth elements and critical minerals extracted from mine draina g e. It enables parties treating mine drainage to extract rare earth elements and critical minerals from the mine water and use, sell or transfer them. The state Department of Environmental Protection is restricted to deposit its income from water it treats into the Special Reclamation Water Trust Fund or the Acid Mine Drainage Set-Aside Fund. Private parties treating water under a DEP permit may keep their proceeds. The idea, Ziemkiewicz said, is to incentivize AMD treatment. The runoff has to be treated anyway and it’s a liability. By extracting the rare earths, some money can be made. The institute just did a feasibility study on a central concentrator, he said. Working with a set of assumptions, they project that the company or agency or group generating the concentrate from the AMD could make $150 per ton. The concentrator plant could earn an annual 10% return on investment. Rare earths are called rare not because they’re actually rare, but because they are found in small concentrations — 1/2 to 1 milligram per liter of water. A conventional rare earth mine may have about 5% to 10% of the valuable heavy rare earths — not all of the 17 are valuable — in what it extracts. AMD concentrate contains abut 45% to 50% of the valuable minerals, Ziemkiewicz said. At Mount Storm, he said, the concrete work is done, the clarifiers are built, the electric line has been run to the building, the lime silo and plumbing are in place. The contractor is now set to put the steel shell on the outside. When t h at ’s done, the institue will move the equipment from the lab to the plant. Then DEP will need to get the water running through it. The plant will process somewhere from 500 to 1,000 gallons per minute, he said, and produce up to two tons per year of valuable rare earths. Not all AMD has valuable rare earths, he said. The worse the water, the higher the concentration. This is a demonstration plant, he said. “Our next move would be to convince people that this is the way they should be treating, and start generating all this concentrate out in the field that can be stored on site until it gets to a certain level, and then you haul it in to a central processing facility. We want that to be in West Virginia.” The feasibility study anticipates concentrate coming in from all over the country, he said. A rare earth mine can take five to 10 years to get through prep work and permitting, Ziemkiewicz said. AMD is being treated anyway and all the permitting is done. “We can go into production theoretically tomorrow. … It’s just a matter of how many sites can contribute to this prog ram.” U.S consumption of rare earths is about 15,000 tons per year. Treating AMD could produce up to 2,200 tons per year, and at that scale, the operation will start making money.