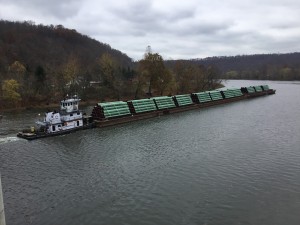 LYNCHBURG — A federal agency has put the canceled Atlantic Coast Pipeline on the clock, asking officials to file specific plans by the end of 2020 for disposition of the defunct project.

The Federal Energy Regulatory Commission last week asked ACP to file a plan within 60 days on intentions for the project’s facilities and the areas for which the pipeline was set.

“In order for us to determine if additional Commission authorizations are required … we will need more detail …,” FERC’s request states.

The interstate natural gas pipeline received federal approval from FERC in 2017. In early July, facing a number of court challenges to other regulatory requirements, ACP officials canceled the project.

Nelson County was one of several localities that would have been crossed in Virginia; the project had been set to cut through 27 miles in the county. The 600-mile project was planned to cross West Virginia, Virginia and North Carolina.

Specifically, FERC asked ACP to provide a schedule — including initiation and completion dates — for disposition and restoration. FERC’s request also asks for a description of restoration activities on disturbed rights of way, as well as updates on ACP’s consultation with landowners on preferences for restoration.

Information on landowners’ preferences should include, as applicable, hopes for how to restore disturbed areas or whether to remove felled trees, FERC added.

“In the coming months, we will respond to FERC’s request and provide detailed plans for closing out the entire 600-mile project. This will include plans for disturbed areas of the right of way, installed pipe, storage yards and compressor and metering stations,” said Aaron Ruby, spokesperson for ACP partner Dominion Energy.

“Our goal is to close out the project as efficiently as possible and with minimal environmental disturbance. We will work with each landowner whose property has been disturbed to develop a plan for the right of way on their property.”

Most pre-construction activity in Nelson County took place near Wintergreen. Now near the resort, a path where trees were cut down stands as a reminder of the project that never came to be.

But that area of disturbed land, where the trees still lay, is beginning to heal, according to Wintergreen Property Owners Association Executive Director Jay Roberts. Roberts said the organization hopes trees are left there so regrowth happens naturally out of that material; bulldozing over the path that already was cleared and is beginning to heal would do more damage, he previously told the Nelson County Times.

In addition to formally filing a strategy with FERC that will deal with such issues and executing those plans, ACP officials also are working to tie up other loose ends on the canceled project.

Landowners like Wintergreen Property Owners Association signed easement agreements — sometimes resulting in hundreds of thousands of dollars or more in revenue — for use of their property for the project. Many of those agreements — most of which grant ACP perpetual rights to the land for a natural gas pipeline — remain in effect despite the project’s cancellation.

Determining what happens with those easement agreements also is on the “to-do” list for ACP as it winds down the project.

“We will also evaluate each easement agreement on a case-by-case basis in consultation with each landowner,” Ruby said.